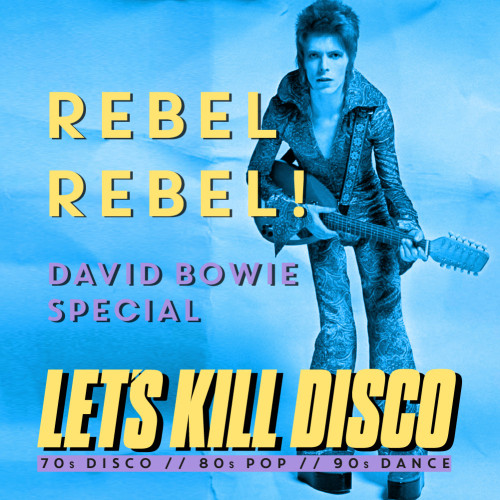 Saturday 16th April 2022 - 23:00 pm - 4:00 am
GET TICKETS
Let's Dance! Put on your red shoes and head to CHALK for the Let's Kill Disco David Bowie special: REBEL REBEL! With gogo dancers, pop up performers and a spectacular light and sound show, you don't want to miss out!

Let's Kill Disco is Brighton's biggest retro weekly party bringing you the best in 70s disco, 80s pop and 90s dance every Saturday at CHALK. Expect a music policy touching on the end of Disco, pounding out the biggest 80s anthems, slowing things down with an occasional power ballad and bringing it back up again with some early 90s hedonism.

Party Package:
If you’re celebrating, or just in a big group and want to party with some free booze, please contact tickets@fatpoppadaddys.com to find out more and book!