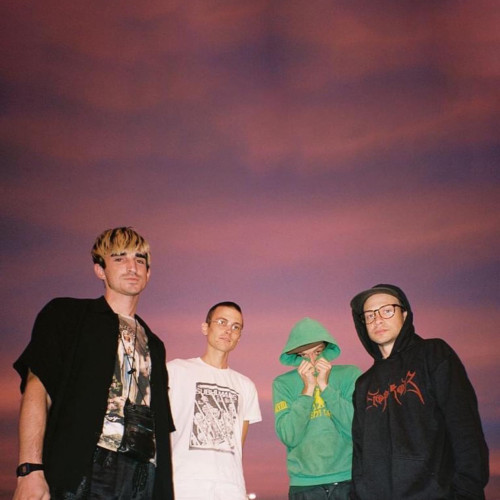 Monday 22nd August 2022 - 18:30 pm - 22:00 pm
Over the last decade, DIIV have established themselves as one of rock music’s most fascinating bands, exploring new textures while pushing their songcraft forward in a way that continues to draw in larger audiences worldwide. They combine beauty and noise to the point of approaching a lush oblivion—a searing sound building on elements from dream-pop luminaries like My Bloody Valentine, Slowdive, and Smashing Pumpkins. It’s becoming increasingly hard to establish a distinctive approach within popular music in general, and yet throughout their discography, DIIV’s sound and emotional tenor are unmistakably theirs.

Emerging from the fertile early-2010s Brooklyn DIY music scene, DIIV quickly proved themselves as one of the city’s most prominent live acts and have since widened their aesthetic with every successive release. Over the course of three albums, they have incorporated the driving gait of British guitar pop, the minimalist structures of German psychedelia, metal’s lush fury, and the sonic immersion of shoegaze into their inviting world of sound.
Possessing a bracing and immersive live presence, DIIV are firmly situated within a deep legacy of boundary-pushing rock bands as they continue charting their own path. Their influence can be felt across a new generation of artists pursuing their own punishing bliss, and has left its mark on shoegaze and guitar-driven music as DIIV themselves continue to cement their legacy as one of North America’s most formidable rock acts.