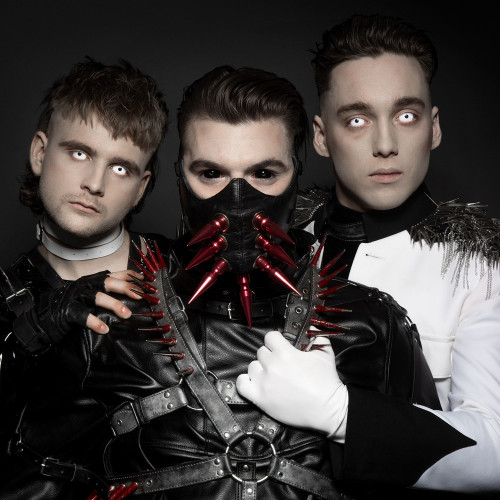 Taking their moniker from the Icelandic word for "hater," Hatari was formed by vocalists Klemens Nikulásson Hannigan and Matthías Tryggvi Haraldsson and producer/drummer Einar Hrafn Stefánsson in 2015. Creeping from the Reykjavík underground, they made their breakthrough in 2016 at the Iceland Airwaves festival. Known for their defiant, outspoken attitudes and shocking live performances, Hatari soon began attracting attention outside of Iceland. Their debut EP, Neysluvara, was issued in 2017 on, appropriately enough, Halloween. The short set included the tracks "Odyr" and "X." In 2018, they were nominated for an Icelandic Music Award for Song of the Year for their single "Spillingardans," later taking home the prize for Performer of the Year.

Riding the momentum of public shock and curiosity, Hatari worked their way through various regional song competitions until claiming a spot in 2019's Eurovision Song Contest with their entry, "Hatrið mun sigra." Representing Iceland at the event -- held that year in Israel -- they ended up finishing in tenth place, stirring a considerable amount of controversy along the way. After the conclusion of the contest, they teamed with queer Palestinian artist Bashar Murad on the single "Klefi/Samed."