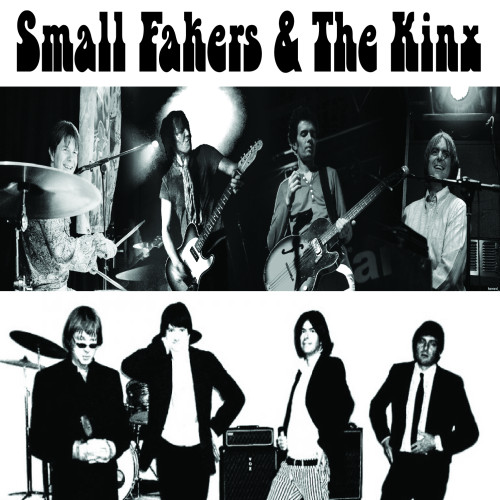 SMALL FAKERS:
The Small Fakers were officially launched on a chilly night in February 2007 at a central London shindig attended by fans and associates of the East End's very own fab four, the seminal, sensational Small Faces!
The buzz in the audience that night was intense - there had never been a Small Faces tribute band before, mainly because the original band were so unique and special, and had, in Steve Marriott, a lead vocalist of astonishing power, recognised as being blessed with one of the most awesome voices in rock history. Could The Small Fakers even hope to come CLOSE to replicating the sound, and the look, of the Small Faces?

The Kinx
It’s difficult to believe but within a year of their first unadvertised gig, The Kinx had headlined theatres, supported original 60’s bands (The Fortunes, Gerry & The Pacemakers & The Move), performed on the main stages of Britain’s top tribute festivals …… and secured a recording contract. Paying attention to every minute detail, adopting the classic early 1960’s dandy, red hunting jacket image, Ray Davies’s timeless classics (including Waterloo Sunset, Lola, Sunny Afternoon, Days, You Really Got Me, David Watts) are performed sympathetically and brought to life by four passionate Kinks fans. Performing Ray’s brilliant & varied song book to incredibly receptive audiences, it’s no wonder the line up of the Kinx has remained totally unchanged since that very first show back in 2008.