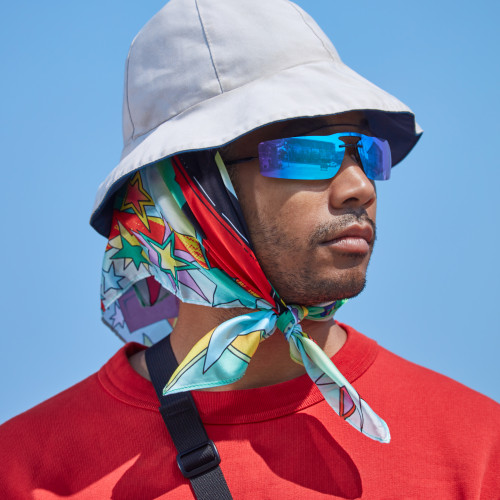 Tuesday 11th October 2022 - 18:00 pm - 22:00 pm
Toro y Moi’s seventh studio album, MAHAL, is the boldest and most fascinating journey yet from musical mastermind Chaz Bear. The record spans genre and sound, taking listeners on an auditory expedition, as if they’re riding in the back of Bear’s Filipino jeepney that adorns the album’s cover. But MAHAL is also an unmistakably Toro y Moi experience, calling back to previous works while charting a new path forward in a way that only Bear can do.

MAHAL is the latest in an accomplished career for Bear, who’s undoubtedly one of the decade’s most influential musicians. Since the release of the electronic pop landmark Causers of This in 2009, subsequent records as Toro y Moi have repeatedly shifted the idea of what his sound can be. But there’s little in Bear’s catalog that will prepare you for the deep-groove excursions on MAHAL, his most eclectic record to date.

Lyrically, the album zooms in on generational concerns, picking up where the Outer Peace standout “Freelance” effectively left off. Bear seems to be surveying the ways in which we connect with technology, media, each other, and what disappears as a result. Cuts like the squishy “Postman” and “Magazine” take a deep dive into our relationship with media in a changing digital world.

Finding a sense of joy in the face of adversity is embedded in MAHAL’s DNA, right down to the jeepney that literally and figuratively brings the music out into the community.