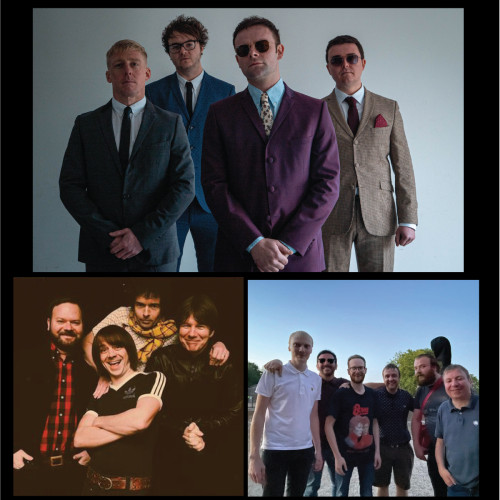 Mod Friday Special
Block 33
Block 33 are a brand new mod revival band from the South of England. The band are a familiar mix of energetic driven guitars, rolling bass, charging punk rhythms & quintessentially British, rasping yet melodic vocals that altogether make for a nostalgic sound catered for fans of the modernist subculture.

The Veras
The Veras are inspired by all the great music from the 50s right up to about 5 minutes ago, but especially glam rock, punk, new wave, 90s indie and Britpop, The Veras are bringing back the buzz of going to see your favourite band live, jumping up and down and singing along to every song at the top of your voice, and coming out of packed venues soaked in sweat – and not necessarily your own!

Maze
Maze are a Britpop, Indie Band from South London with influences including Oasis, Ocean Colour Scene and The Stone Roses to name but a few. After having released their first couple of singles the band quickly gained a lot of attention and this in turn lead to them receiving a publishing deal with Sony music. From then on in the band has been gigging up and down the country playing and entertaining crowds everywhere they go and have released their first full album Chaos Interrupted. The band is passionate about what they do and love connecting with their audiences.