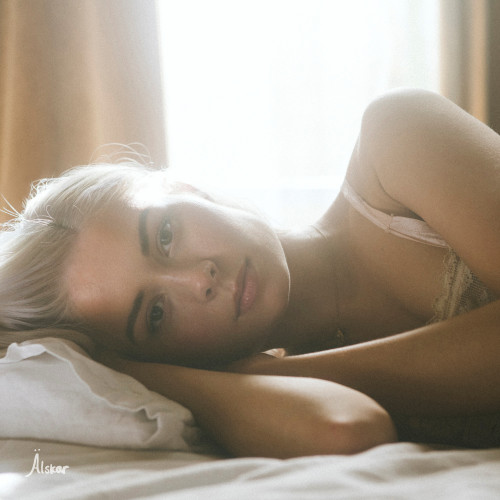 Monday 14th November 2022 - 18:30 pm - 22:00 pm
Nina Nesbitt's sun-kissed pop anthem 'Summer Fling' saw her international profile continue to explode as it accelerated to #1 on TikTok UK's Hot 50 while also being added to 40 New Music Friday playlists all over the globe. It showed that her global following is continuing to expand exponentially since her second album 'The Sun Will Come Up, The Seasons Will Change' amassed a staggering 530 million streams.

'Life's A Bitch' finds Nina mixing her alt-pop modernity with some nostalgic, throwback synth-pop. Her softly enunciated vocal barely pauses for breath as she touches upon all of the minor joys and frustrations that come with the rich tapestry of life. Ultimately, however, the luminous hook concludes that the positives make the struggles worthwhile. As Nina sings, "I don't let it get me down / Life's like a bitch, I hate her but I love her."

Nina says, "'Life's A Bitch' is an '80s inspired, post-2020, driving-your-car-through-a tunnel-at-night song. A 'dancing while crying, and smiling through the tears' moment. It's about the unpredictability of life, the ups and downs, being your own worst enemy and your own best friend. The chorus is an empowering mantra for powering through the turbulence of life."

The 'Life's A Bitch' video is a horror with a comedy twist. Perfect Nina hits the road in her getaway car, leaving her worries behind. As she speeds along she passes a familiar looking woman asking for help. Nina ignores the sign and continues on, pretending everything is ok. And that's when she learns she cannot outrun herself...

On a deeper level, the video refers to when we ignore our red flags until we are forced to face up to our problems. This is a story about how our dark side needs to be embraced, not escaped, and only when we face our inner horrors, can we live fully as ourselves. We learn that we must make friends with our demons. The parts of ourselves we fear need to be acknowledged not hidden in favour of the perfect image.

Written with collaborator Wolf James, this story reflects on the struggles of the last year and is close to both the artists' hearts. Watch it HERE.

'The Sun WIll Come Up, The Seasons Will Change' took Nina into Spotify's Top 500 artists in the world, assisted by the success of the single 'The Best You Had,' which exceeded 100 million streams and landed on the Radio 1 playlist. Her rise also resulted in Taylor Swift namechecking her during her Woman of the Decade Award acceptance speech at Billboard's Women in Music Event.

Nina had decided to take full creative control of the record after finding herself at a crossroads following her debut album 'Peroxide.' Most of 'The Sun Will Come Up...' was written in her bedroom, while select songs, including the single 'The Moments I'm Missing,' were also self-produced. It proved to be the right decision, as the campaign took off to the extent that it was later developed into the .'.. & The Flowers Will Fall' expanded deluxe edition.

The campaign also opened up countless collaborations, from dance acts Deacon ('Long Run'), NOTD ('Cry Dancing') and R3HAB ('Family Values'), to singer-songwriters Sasha Sloan and Charlotte Lawrence ('Psychopath') and global stars Jonas Blue ('Desperate') and Sigala ('Somebody'). A particular highlight was teaming up with Ranji and WHITENO1SE. The duo had remixed 'The Moments I'm Missing' and dropped it at Ultra Music Festival, the reaction being so big that Nina subsequently joined them at a show in Mexico City in front of 20,000 people. Nina started 2021 by performing as a special guest at Liam Payne's livestream event 'LP Show Act 4.' In addition to her own set, she also joined him for the duet 'For You.'