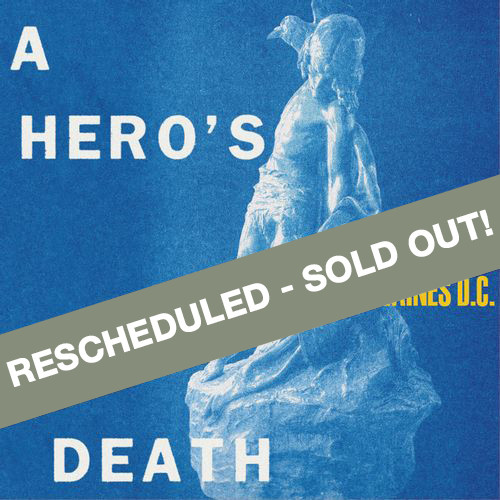 Tuesday 3rd August 2021 - 19:30 pm - 22:00 pm
GET TICKETS
Fontaines D.C. continue their meteoric rise with their new record 'A Hero's Death' with a darker take on the sound that made the UK fans of their first album 'Dogrel'. To celebrate the new LP, the band are playing a celebratory Resident Brighton outstore at Chalk, Brighton.

We’ve made no secret of our adoration of these young Dubliners. ‘A Hero’s Death’ sees them follow up the spellbinding 'Dogrel' without missing a beat – they’ve taken their cues from The Cure again, and have added the mood setting of Joy Division and a touch of the rougher edges of early 4ad. They manage to tread that line that makes old heads reminisce and rejoice in new music and young fans fall in love with loud guitars and pummeling drums at that same time.

Live, they’re on another level. we've been watching them tear up Brighton stages since they first made their way down here - watching them sell out multiple staple Brighton venues in less than a year. They may have slowed things down on record with more complicated structures but at heart, these are 5 young punks and their live show will make sure you remember that. Fast, loud and adrenaline filled – you’re guaranteed to be leaving Chalk sweaty and grinning.

We’re absolutely overjoyed to be able to bring them to you live this November. You’ll not see them anywhere as small as Chalk again – this is unmissable.

This show is brought to you by Resident Music and One Inch Badge.