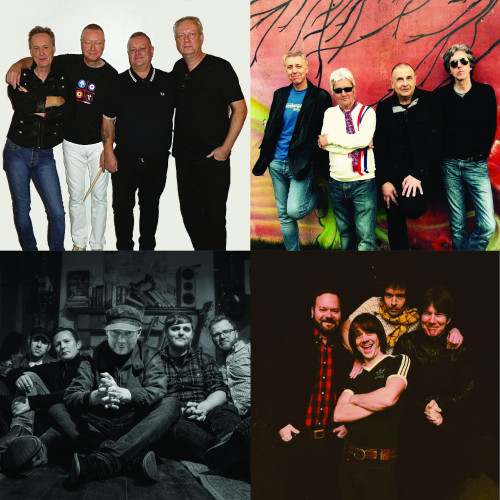 Friday 26th August 2022 - 18:00 pm - 22:00 pm
6:00
18+
£16.50
Friday Mod Bank Holiday Special Feat: The 79ers + The Circles + The 48ks + The Veras
The 79er's feature Members of Mod Revival Legends The Purple Hearts, The Chords and Long Tall Shorty....The sounds of the mod revival played by the people who wrote and recorded them.Although the revival was short lived the sound of this new generation of mods endures to this day with fans old and new still following the bands and enjoying the music.....The 79er's play the soundtrack to that exciting time with tracks by the Chords, Purple Hearts, Long Tall Shorty alongside choice covers such as Knock on Wood, Midnight Hour & Gimme Some Lovin.  The band comprise of Simon Stebbing (Purple Hearts), Buddy Ascott (The Chords), Ian Jones(Long Tall Shorty) & Kip Herring (The Chords).

The Circles from Wolverhampton ARE BACK with nearly an ORIGINAL LINE UP for the first time since they split in 1981. The only member not with them is Tony Howells but this space has been filled with Martin Ratcliffe from the band the Neon Hearts but has been with the Circles since they got back together in 1999. Loved by Radio One’s Mike Reed and John Peel, the Circles were one of those bands that got oh so close! Seeing three singles, a re-release of one on Chrysalis Records and write ups in both Sounds. There’s no doubt - the Circles were one of the best bands to come out of the ‘79 revival era.

The 48k's have played various venues throughout the country, entertaining with their own brand of Indie/Mod.
Gaining numerous followers and lovers of their music.
Their popularity has led to numerous support slots with prestige artists such as Cast, Space, The View, Reverend and the Makers, The View, The Selecter, The Strypes, The Hoosiers, From The Jam amongst others.
The Veras are inspired by all the great music from the 50s right up to about 5 minutes ago, but especially glam rock, punk, new wave, 90s indie and Britpop, The Veras are bringing back the buzz of going to see your favourite band live, jumping up and down and singing along to every song at the top of your voice, and coming out of packed venues soaked in sweat – and not necessarily your own