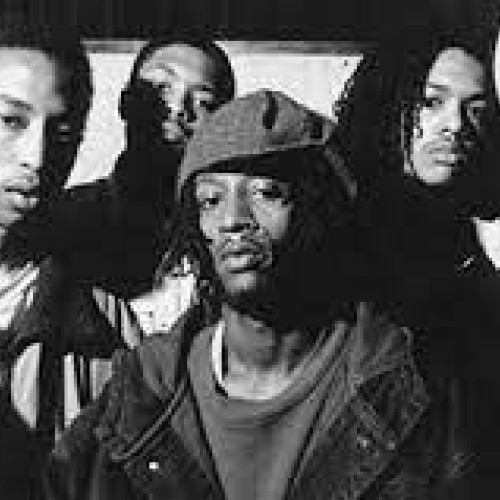 Sunday 5th March 2023 - 18:30 pm - 22:00 pm
6:30
14+
From 18 adv
Beat Down presents
30 Year Anniversary of 93 Til Infinity
SOULS OF MISCHIEF
DJ Outbreak
DJ Specifik (B-Line Recordings)
Sunday 5th March 2023
CHALK // BRIGHTON
SOULS OF MISCHIEF
The East Oakland backpacker crew are members of the loose underground hip-hop consortium known as Hieroglyphics. The group consists of four erudite but hardcore MCs: A-Plus, Phesto, Opio and Tajai.
Their debut album in 1993, '93 Til Infinity, produced an early-'90s anthem of the same name and spawned a movement towards bohemian yet rugged hip-hop. The crew drew comparisons to De La Soul and A Tribe Called Quest for their abstract, whimsical style of storytelling.
'93 Til was a youthfully impressionistic album echoing jazz and funk influences combined with precocious lyrical gestures. Such tracks as "That's When Ya Lost" and "Never No More" were memorable for their lyrics and feel alike.
Two years later, SOM shucked off their reputation for their sophomore release, No Man's Land, a derisive and brash departure from '93 Til. While the crew lost some fans who were looking for a '95 Til, they managed to cultivate a loyal fan base who respected their out on a limb artistic development. Rather than sticking to the formula that made them popular with the college hip-hop set, they chose to shatter their image similar to De La Soul's second album De La Soul Is Dead. Their Northern California mindset combines chaos, danger, and the avant-garde, all from a very intellectual B-Boy perspective. The crew dropped the virtually invisible Focus strictly for web heads in 1999, then returned with Trilogy: Conflict, Climax, Resolution, another dark, trippy, and brooding exploration in 2000.