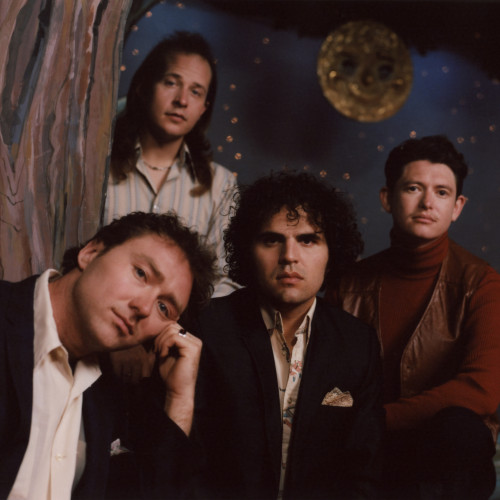 Friday 7th October 2022 - 18:30 pm - 22:00 pm
6:30
14+
14 adv
For fans of: Los Blenders / Together Pangea / Flatsound
Surf Curse owes its existence to the indomitable spirit of rock and roll, or maybe it’s just the enduring power of friendship. Some would argue they’re the same thing. But they’ll remain timeless as long as kids aren’t willing to feel like outcasts in silence. In other words, forever. So it’s no surprise that Surf Curse, a band that has dedicated itself to expressing the heartbreaks and alienation and small triumphs of growing up, has managed to thrive in DIY spaces, grubby clubs and wherever teenagers and lapsed teenagers can be found online—from their humble origins on Myspace to their rise through Tumblr to Bandcamp and now the 2021 equivalent of MTV—their eight-year old song is a viral smash on TikTok.
The name of that song is “Freaks,” which Nick Rattigan and Jacob Rubeck describe as their “universal teen angst love letter.” It’s been a linchpin of their riotous live shows and the centerpiece of their 2013 debut album Buds. The second life of “Freaks” is certainly unexpected, but it’s more just a long time coming. Surf Curse lives for these “lightning strike moments” where unthinkable good luck can be traced back to their old school, get-in-the-van DIY work ethic. Drummer/vocalist Rattigan and guitarist/vocalist Rubeck first met at the age of 13 in a Las Vegas middle school, making their inauspicious start as Buffalo 66. As to be expected from a couple of kids who name their first band after a Vincent Gallo film, they didn’t find many peers growing up in Las Vegas, a city that holds promise for everyone...except for two weirdos raised on indie rock, obscure films and a sense that more awaited for them in basically any other city.

Surf Curse built their reputation on hooky songs that lived by the adage of “write what you know”—heartbreak, disillusionment, movies. When they recorded “Heathers,” a tribute to the pitch-black revenge fantasy, they knew they were starting to find their voice. Surf Curse describe their inspirations as “anything with a youthful angst,” starting with 1990s Coppola and S.C. Hinton to the more refined and outré likes of Rainer Werner Fassbinder. “Heathers,” “Ponyboy,” “Freaks,” “Cronenberg,” “Reality Bites,” “Fire Walk With Me” - you don’t need a Criterion Collection to spot the allusions in Surf Curse’s formative early work. Yet while many of their garage rock peers were content to simply quote their favorite films or plug in samples, Surf Curse amplify the ambience and emotion of their references to make truly cinematic music - songs that can make the listener feel like the main character in the movie of their own life. If the goal of any artist is to leave a place a little better than they found it, Surf Curse succeeded. Reno’s prime all-ages, DIY space The Holland Project became a hub for young bands once Surf Curse proved that indie rock could exist and thrive in an otherwise forgotten town.


PLUS SUPPORT FROM HAPPY2000