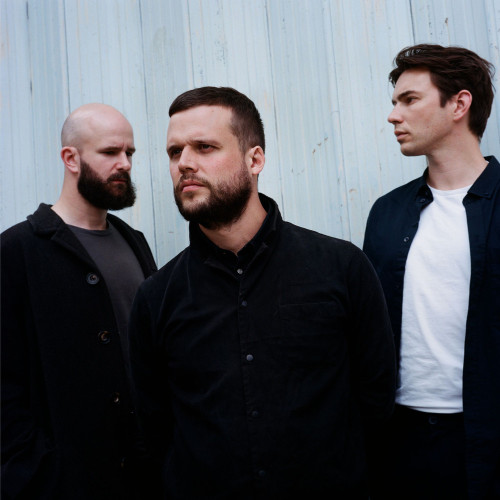 Friday 18th March 2022 - 18:00 pm - 22:00 pm
White Lies aren’t the sort of band who have spent much time looking back. Across their career, the trio who formed in West London in 2007 have settled into a rhythm of write, record, tour, repeat, always an eye on the next thing. But, for a brief spell at the tail-end of 2019, vocalist and guitarist Harry McVeigh, bassist Charles Cave and drummer Jack Lawrence-Brown allowed themselves a celebratory peek at their shared past.

The occasion was a 10th anniversary tour of the group’s monumental debut album To Lose My Life... and it brought home everything they’d done as a group over the previous 12 years. The setlist for those shows was split into two, the first half their debut played in full and the second a set of greatest hits pulled from their other four records, 2011’s Ritual, 2013’s BIG TV, 2016’s Friends and 2019’s FIVE. Cave found it an exhilarating reminder of all they’d achieved. “I could happily have toured it for another three months,” he says. “What was wonderful was that even though there was a lot of euphoria around playing To Lose My Life... from start to finish and it was a nostalgic, heart-warming moment for our fans, ifanything the second set went down better. We’re not a band that’s had hit singles, but we have honed our songwriting to the point where, now, a one-hour festival set for us is pretty damn strong.”

In case you haven’t been keeping tabs on them, White Lies are one of the biggest cult guitar bands in operation. They have an army of diehard fans dotted around the globe - stick a pin in a map and it’s very likely White Lies can play to a crowd of thousands there. With its bombastic holler-along choruses, 2009’s To Lose My Life... made White Lies huge. It went to Number One in the UK and marked the trio out as one of the biggest breakthrough bands of the decade. But history is filled with groups who spend the rest of their career chasing a successful debut’s tail and McVeigh, Cave and Lawrence-Brown had other ideas.